Born in 1962, Thomas Koestler joined the Navy in 1983 at age 21. He was assigned to the USS Donald Cook, USS Robert G. Bradley, and many other assignments throughout his 20 years of active duty service.

The initial decision to join the military was made fairly easily because unemployment rates were horrific at the time and he was in need of a job. During his extensive military career, Tom worked diligently to earn two degrees from George Washington University; an Associate’s Degree in Laboratory Technician and a Bachelor’s Degree in Health Sciences. Upon completion of college, Tom worked his way up and became the Senior Medical Department Representative (SDMR). Some of his operation medical responsibilities included running the entire medical department, performing all aspects of medical care for which he was trained, administering immunizations, and providing adult and respiratory medicine as well as operative medicine and industrial hygiene.

Chief Koestler entered the Fleet Reserves in 2003 and used the GI bill to further his educational pursuits by entering into and completing a Master of Business Administration (MBA) program in hospitality management. After 10 years in the Fleet Reserves, Tom decided to retire and was an adjunct professor at Delaware County Community College teaching hospitality courses.

The Veterans of Foreign Wars (VFW) Post 1597 provided a source of camaraderie and allowed Tom a reason to leave Philadelphia, an opportunity to get out of his funk, and a purpose to kick start his life after his wife had passed away. As Chaplain, Mr. Koestler attends meetings, participates in shuffleboard, and willingly volunteers for anything that is needed and/or asked of him at the VFW.

If considering whether you should join the military, Tom recommends that you get to know other military members. He adds that it is a great job as long as you’re willing to work your butt off. If you have left the military and are considering whether or not you should join a local VFW, Chief Koestler recommends that you do. He states that it’s a great place which provides camaraderie outside of the military. 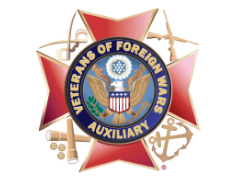